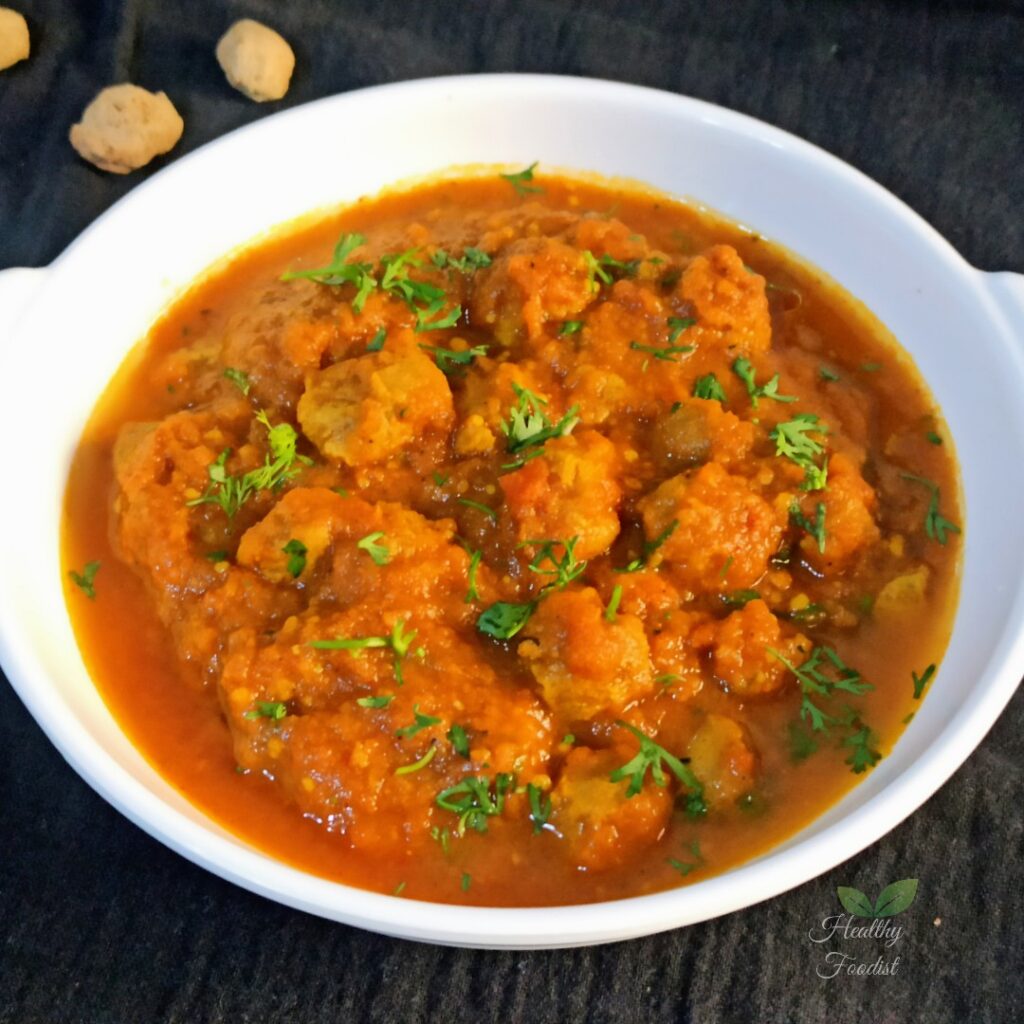 Soya Chunks, also known as Meal Maker, is a popular high protein non-meat source. It provides the highest amount of proteins compared to any other vegetarian protein source, with almost negligible amount of fat present in soya chunks. 100 grams of soya contains about 52 grams of protein and just 0.5 grams of fat.

Soya chunks are made from soy flour that has been de-fatted (oil is removed). So, it is basically a by-product that is left after extracting soybean oil. De-fatted soy flour is compressed and processed into granules or chunks.

This soya chunks curry recipe is made in an onion-tomato based gravy and flavoured with some whole spices as well as spice powders. I have also added some roasted chickpea flour (besan) here to give a thick texture to the curry.

This soya chunks/ meal maker curry can be served with rotis, rice or pulao. 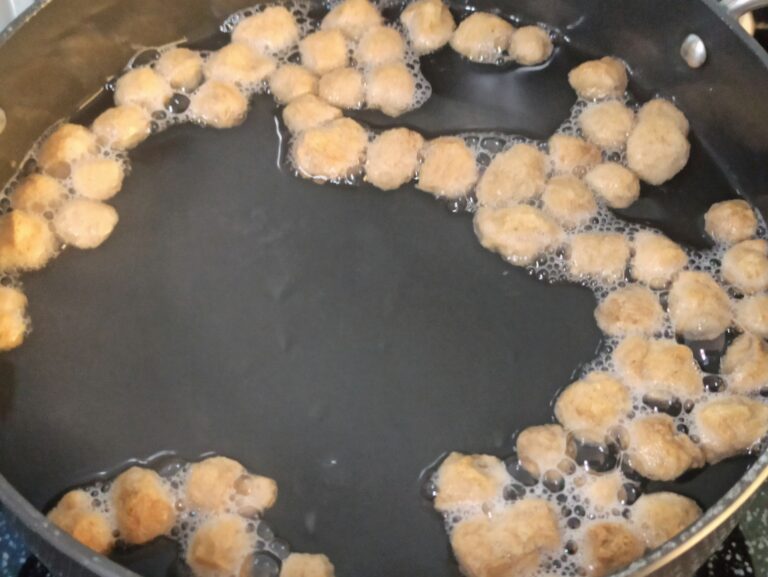 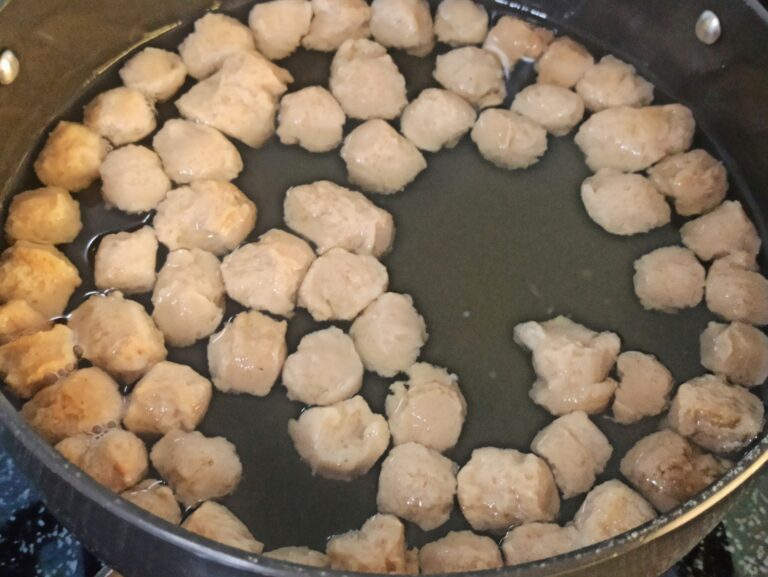 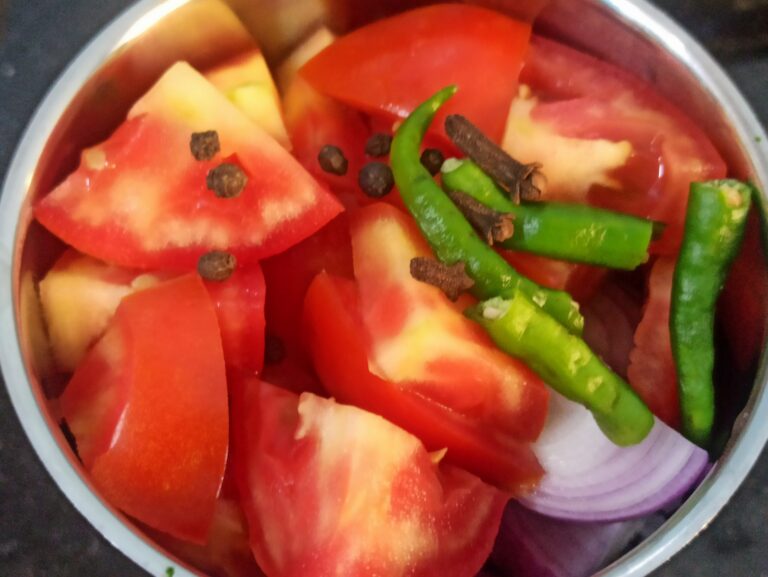 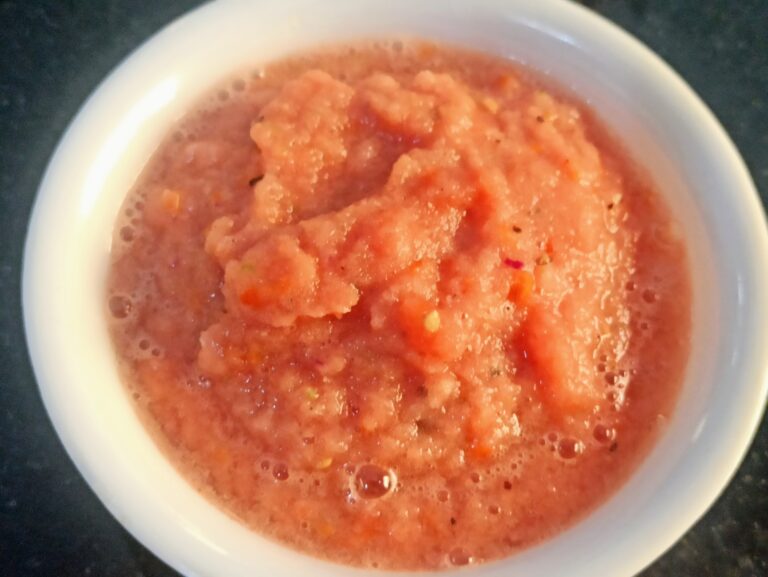 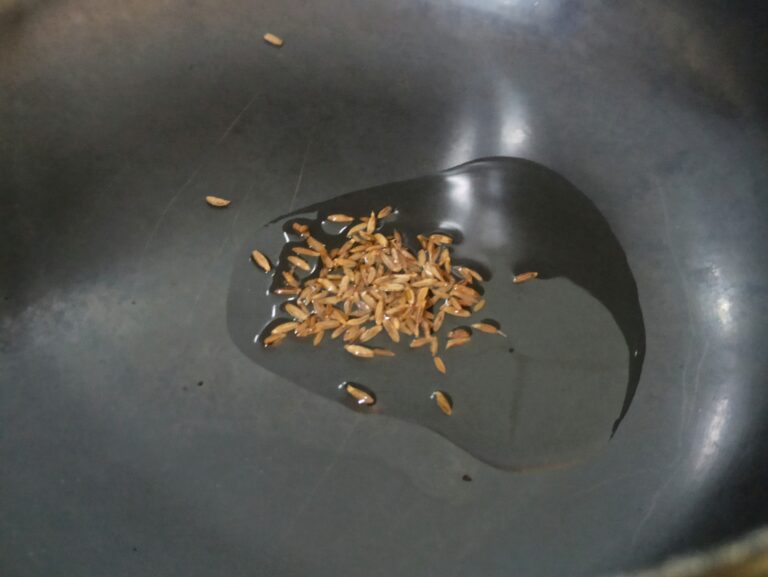 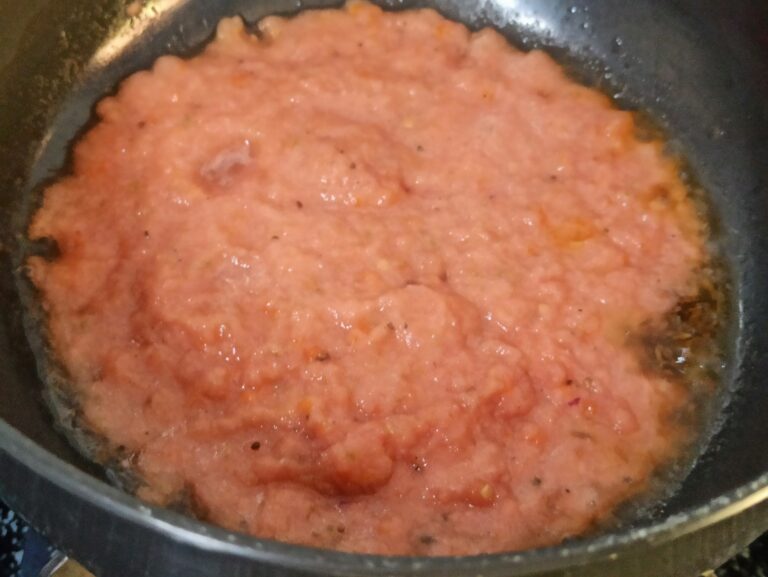 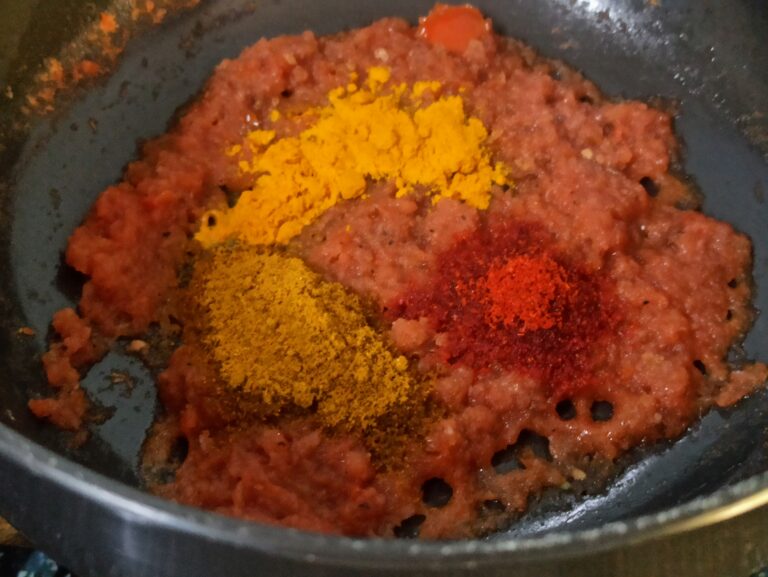 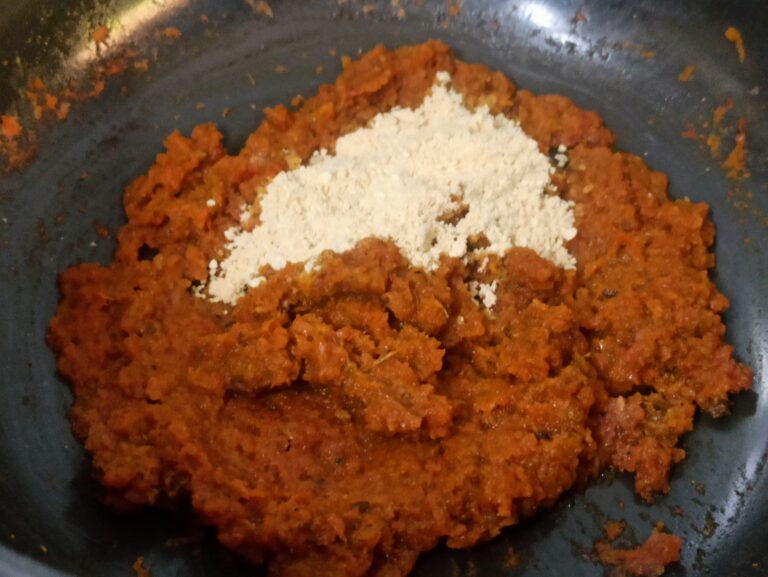 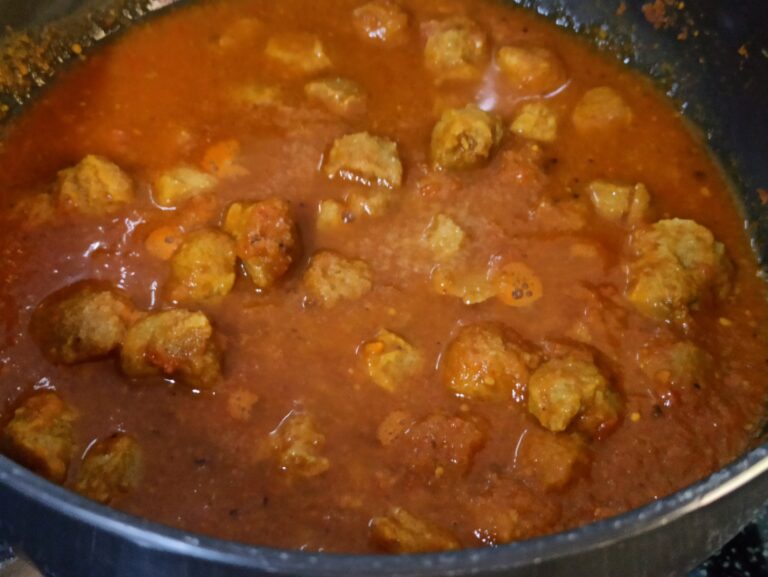 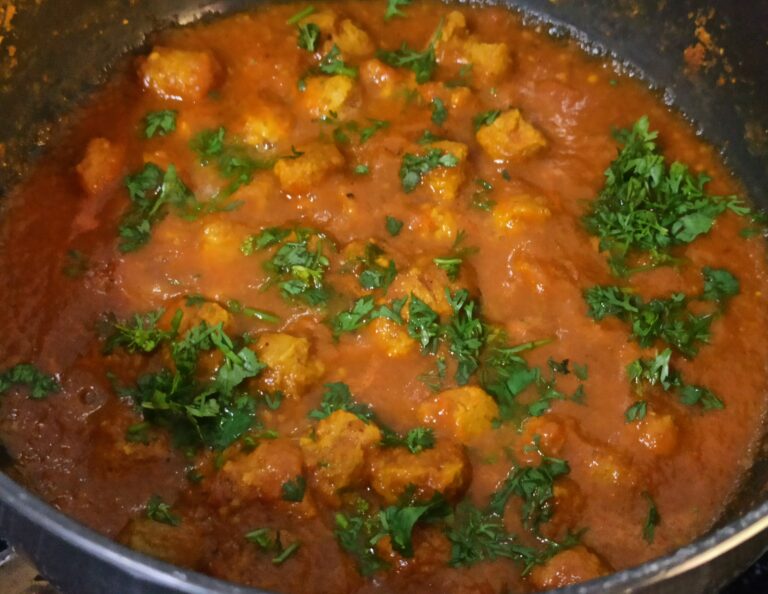 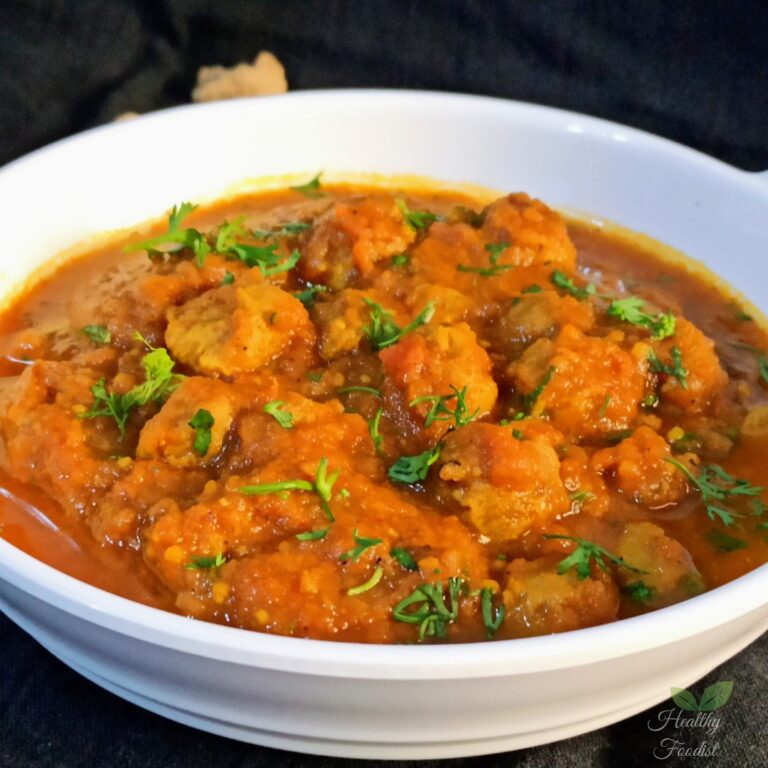